The Kings of Kool 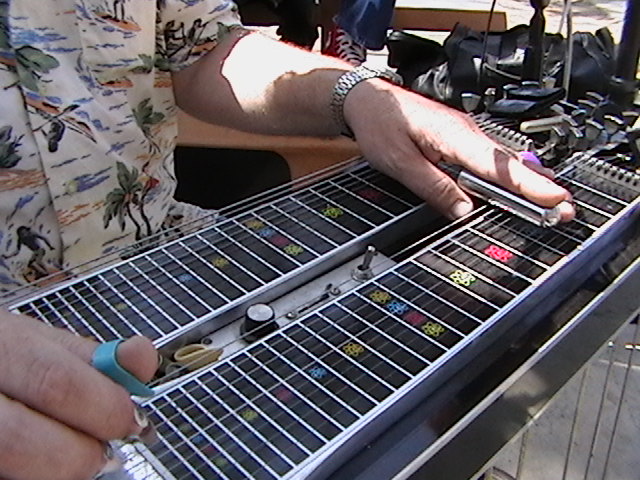 The Big Fat Steve band is led by Steven Orsinelli and was created for Steve's love of Western Swing, Classic Country, Swing, Rockabilly and Jump Blues. The band roots were formed out his prior well known country band The Nightriders. The band focused on Top 40 and Classic Country hits as well as Western Swing always catering to folks who liked to dance.

After 18-plus years of headlining dance halls and top rodeo performances, Steve decided he wanted to expand the music a bit and reach across other performance and dancer venues as well. Thus the Big Fat Steve Band was born. The BFS band plays many styles of dance music and is a fun and entertaining group of guys, the band plays great Classic Country songs with a mix of Western Swing and other styles.

BFS has been featured at Knotts Berry Farm for the last 4 summer runs, 5 nights per week as well as many Concerts in the Park, Car shows, Disneyland and Nightclub work. The band features, Marina on Upright Bass, Bobby on Drums, Dino on Steel Guitar, Craig on Sax and Piano and Steve on Fiddle and Lead Guitar. Steve was CCMA Vocalist and Entertainer of the year 2-years straight and enjoys playing music for folks who enjoy dancing and live music.

Over the years the band has appeared with many great Artist including Merle Haggard, Waylon Jennings, Roy Clark, Chris LeDoux, Travis Tritt, Mel Tillis, Asleep at the Wheel, Jerry Lee Lewis and Johnny Cash to name a few.